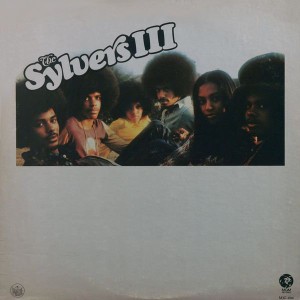 The Sylvers were a family musical act from Memphis, TN that was primarily active during the years 1972-1984. While principally known to the general public for two very cheesy major disco hit singles in the mid 1970’s (“Boogie Fever” and “Hot Line“), serious fans of old skool funk/soul/r & b music know there was a lot more to the band than those songs. The greatest treasures in the Sylvers catalog can be found in their 1st 3 LP’s, appropriately enough entitled “Sylvers I”, “Sylvers II”, and “Sylvers III”, released from 1972 to 1974. These records were released on the MGM/Pride label and were not particularly well-promoted. The 1st 2 LP’s did place a number of songs high on the r & b charts (especially “Fool’s Paradise” and “Wish I Could Talk To You” on Sylvers I) but were mostly ignored by mainstream/crossover top 40 radio. The songs on these first 3 Sylvers LP’s would ultimately prove to be highly influential among future r & b and hip hop producers and performers, with Ghostface Killah and J. Dilla in particular notably using samples from Sylvers songs and in some cases, building entire songs around those samples. 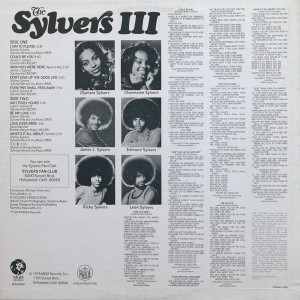 MGM/Pride also released a pair of albums by younger brother Foster Sylvers, who was not yet at that time an official member of the Sylvers. One of these albums generated a major hit single, “Misdemeanor“, which reached #23 on the pop charts in 1973…making it the biggest hit from the family in this period though it was technically not a Sylvers song but instead a Foster Sylvers solo project (at the time he was 11 years old). Following these first 3 critically acclaimed but lackluster-selling albums, the Sylvers jumped to the Capitol label in the mid 1970’s where they would have their greatest success with the aforementioned pair of huge disco hit singles during disco’s first wave of popularity. But after this initial huge success on the disco front, as the genre became more popular, the Sylvers became less popular, ultimately having their non-disco album “Forever Yours” rejected by the Capitol label. This album and subsequent Sylvers albums were released on labels such as Casablanca, Dick Griffey’s Solar Records, and Geffen Records, but there would only be minor hits for the Sylvers in the post-1976 era as albums such as “Forever Yours”, “New Horizons“, “Concept“, and “Bizarre” failed to generate much excitement or sales for the group. The frontman for the Sylvers, Leon Sylvers III, did become one of the most prominent r & b/soul producers during the period 1978-1985, with his production work for Solar Records acts such as Dynasty (of which he was a bandmember) and Shalamar being particularly noteworthy….though his productions are sometimes accused of having a somewhat soundalike quality. Leon Sylvers III, Edmund Sylvers, and Foster Sylvers all had solo recordings at some point that failed to sell well or generate much airplay. By the mid 1980’s, the group had completely disbanded, with some bandmembers such as Angie Sylvers pursuing careers outside music (she is reportedly on her way to becoming a lawyer if she is not already). 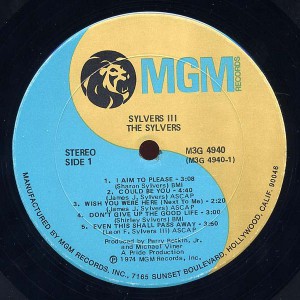 The family suffered a fair amount of tragedy and distress in their post-music life, with lead singer Edmund Sylvers dying of lung cancer at the young age of 47. Tragic in a different sense is the fact that none of the Sylvers first 3 LP’s, their acknowledged classics, have ever been made available on CD. Allegedly the original masters were destroyed in a fire, though some of the early hit singles have appeared on a couple of compilations. To date, only 1 Sylvers album proper (“Concept”, their sole effort for Solar Records) has ever been released on CD, with the majority of available Sylvers CD being limited to singles collections from their successful Capitol years. These were their most commercially successful years but not their most artistically successful years, as evidenced by the fact the Sylvers I, Sylvers II, and Sylvers III albums fetch high prices on Ebay with Sylvers III being particularly scarce due to its lack of any hit singles or promotion. Often compared to the Jackson 5, the Sylvers were really more of an edgy take on the 5th Dimension formula due to the fact the Sylvers had both male and female voices (6 men and 3 women appearing in various combinations on their music). There is an abundance of Sylvers material at Youtube, even including an impressive montage of live performance footage. The Sylvers were one of the finest and most innovative soul, funk, r & b, and disco acts of their era and they deserve to be remembered and enjoyed by more people today.

you asked for it and here it is 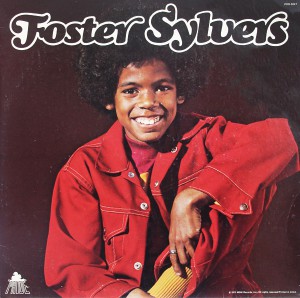