The Staple Singers – 1972 – Be Altitude : Respect Yourself 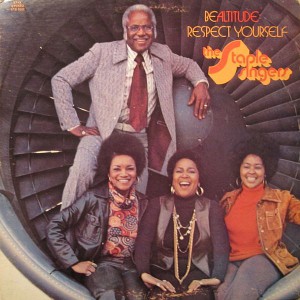 This is The Staple Singers most popular and best album. Along with the mega-hits “Respect Yourself” and “I’ll Take You There“, the album is filled out with several excellent songs.

This album is what probably the Staple Singers’ spring board to becoming more of a house hold name. The creative juices from the production, writers, musicians, songs and the Staple Singers’ vocal delivery must have been created by some kind of divine intervention! If you’re a big fan of the 70’s Staple Singers, this is definitely the album to start your collection. 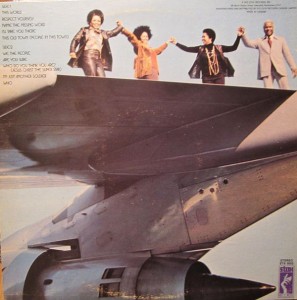 Mavis, Cleotha, Yvonne, and Roebuck “Pops” Staples began their recording career during the early 1950s by producing some of the best post World War II gospel of the era. The first half of the 1960s found them fusing folk and soul into a creative blend. The third and most successful part of their career began with their signing to the Stax label during the fall of 1968.

Their early releases for Stax were creative but for the most part commercially unsuccessful. During 1971 they decided to leave the house band and studios in Memphis behind to record in Muscle Shoals, using their musicians. The result was one of the most influential soul/R&B albums of the decade.

Be Altitude combined elements of gospel and funky soul with Jamaican rhythms into a mix that was unique and creative. Mavis’ vocals were raw and emotional as they conveyed messages of hope, respect, and peace during an era when such messages were sorely needed.

The Muscle Shoals musicians may not have been as well known as their Memphis counterparts but they were just as talented. Lead guitarist Eddie Hinton, rhythm guitarist Jimmy Johnson, bassist David Hood, keyboardist Barry Beckett, and drummer Roger Hawkins laid down some of the best tracks of their career. The surprise was engineer Terry Manning, who played a Moog synthesizer and electric slide guitar, which were unique additions for releases by the Stax label.

The album’s most memorable track is the Number One pop and rhythm & blues hit “I’ll Take You There.” Straight out of the Southern Baptist gospel tradition by way of the Caribbean, it has a call-and-response chorus along with the pure funk of Hinton’s lead guitar runs. Mavis grunts, groans, and sings her way to a memorable performance.

“Respect Yourself” was an anthem of self-empowerment during the post-Civil Rights movement. There is a subtle fuzz guitar sound that makes the song work. Also, the track has some nice tempo changes that are accentuated by the vocals.

“This Old Town (People In This Town)” was another idealistic song that sounds somewhat dated today. Its theme was that there are no differences between people, and peace was on the way. This was in the middle of the Vietnam War with all its political unrest at home. It was a gentle song of harmony that ran counterpoint to the volume of anti-war material that was being produced at the time.

The album is strong from beginning to end. Tracks such as “This World,” “We Are People,” “”Who Do You Think You Are (Jesus Christ The Superstar)” and “I’m Just Another Soldier” are all representative of Southern soul (and its variations) at its best.

This reissue comes with two bonus tracks. “Walking In Water Over Our Head” has a thunderous bass line by David Hood and some string arrangements. Mavis’ vocals were an overdubbed composite, which is another unique event in the Stax catalogue. “Heavy Makes You Happy” is an unreleased alternate track recorded during 1970. The released version featured an electric piano as the lead instrument but here it is Hinton’s guitar. The vocals also have a live feel.

The sound has been remastered from the original tapes and has a clarity that has been missing from previous releases. As well, the included liner notes provide a nice history of the album.

Be Altitude is not just a relic of the early 1970s but one of the masterpieces from one of the most influential rhythm & blues of their time. An essential and exciting release.

You can also enjoy 2 more Staples albums : “Be What You Are” here and “Let’s Do It Again” here.

Buy the AlbumThe Staple Singers – 1972 – Be Altitude : Respect Yourself

Conversation for album: The Staple Singers – 1972 – Be Altitude : Respect Yourself