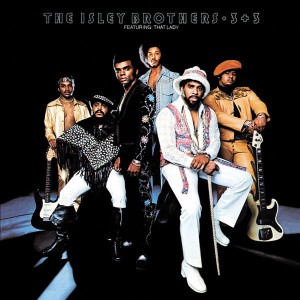 The Isleys were already tight with just Ronald, Rudolph, and O’Kelly, but they did the smartest thing by including Marvin,Ernie,and Chris Jasper. For years the momentum was building up to this point (Brother, Brother, Brother in particular), but 3+3 just knocked everything out the box. There were no rules here. They covered everything from soul, funk, rock, even covers (Don’t Let Me Be Lonely Tonight and Summer Breeze for sure!!!).The Isley Brothers becoming a self contained band was the best thing that ever happened to them, because it made their catalog richer. For the next 10 years they would create some of the best albums in history, but it started here!!!! 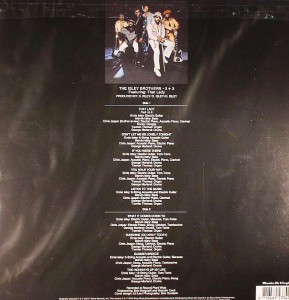 What a perfect title for an album that would forever change the band, it’s fans and music in general. The Isley brothers had begun in the late 1950’s as 3 brothers with a backing band which, at times, included some of the greatest musicians every to pick up an instrument, Jimi Hendrix on guitar and Chuck Rainey on bass just to name two. The had started their own record label, T-Neck, and established themselves as both great business men and a force to be reckoned with as an influence to artist both here and abroad.

But with the release of this album, they would truly become a band in the truest since and change the landscape of music by introducing a type of R&B, funk, rock, soul & classical music blend that had not really been heard up to that point. This album saw younger brothers Ernie and Marvin Isley along with brother in law Chris Jasper join the original line up of Rudolph, Ronald and O’Kelly Isley to form the 3 + 3 lineup. The younger 3 had played on earlier albums but were not credited as being a part of the group itself.

What they would do in the next decade, with the revamped lineup, was redefine how the music world saw and appreciated R&B music by releasing genre crossing albums filled with soulful ballads, hard rocking anthems and gut bucket funk that made the whole world stand up and take notice. This is what I would call the beginning of their “Classic” period where the music they would release would forever define them and make them one of the most influential bands in music history.

They had been building momentum towards this move as they were trying to find their overall identity and it was in this time period that they would become a band that would transcend all barriers and produce songs of a style & character that the music world was truly ready for. This is a fun and wonderful album from a wonderfully creative time in music. And these songs have stood the test of time and are as fresh today as they were over 40 years ago when first released.

As for the songs on this album, there are the classics penned by the younger of the 3 members like “That Lady“, “If You Were There” and “What It Comes Down To“. Also, their reinterpertations of classics penned by the likes of James Taylor, Tom Johnston and Seals & Crofts are included to round out a wonderful selection of songs which are the perfect canvas for their new found creativity. Every great band has a certain moment in time where everything just “clicks” and this album was that time for The Isley Brothers.