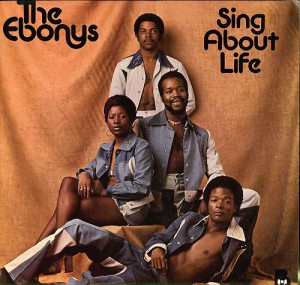 One of two albums ever cut by The Ebonys – a consistently great group from the 70s, as is testified by their constant popularity in our racks! The quartet had a 3 man/1 woman harmony sound that was very hip – often applied to righteous themes worked out in a heavy soul model, and which sounded just as great on the ballads as it did on their midtempo dancefloor numbers. This second album’s slightly less sublime than their first one, but it’s filled with loads of nice cuts, and has some great production and arrangements from Tony Camillo.

This is another great offering by Mr.Moo ripped from original vinyl on [email protected] 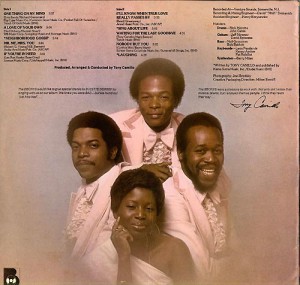 Another ’70s soul group whose commercial track record doesn’t do its music justice, the Ebonys made gripping, dramatic ballads that no soul fan undervalues. On the Philadelphia International label during an era when they routinely cranked out transcendent, genre-smashing hits, this New Jersey vocal group started in 1968. Jenny Holmes, David Beasley, James Tuten, and Clarence Vaughan formed the lineup, and Leon Huff discovered them. They scored their first hit with “You’re the Reason Why” a number ten R&B single in 1971. Their greatest song, “It’s Forever” appeared in 1973; it only reached number 14. That was their last hit; their other Philadelphia International singles were often nicely done, but commercial flops 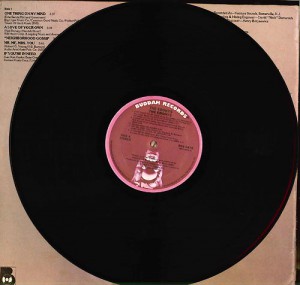 The Ebonys’ second LP (the first was on Philadelphia International) doesn’t have the highs of the Gamble & Huff production, but it doesn’t have the lows, namely “Sexy Ways” and “Hook Up and Get Down” either. Their only Buddah hit “Makin’ Love Ain’t No Fun” charted at number 83 in 1976 but didn’t make this party for some inexplicable reason. The label did, however, include that song’s successor, “Neighborhood Gossip” which made some club noise but didn’t chart. There’s some heavy soul wailing on “If You’re in Need” and “Mr. Me, Mrs. You” which producer Tony Camillo did again with Creme D’Cocoa; Jennifer Holmes, who co-leads it here, did the same on the Creme D’Cocoa version, a group whose lineup included Holmes and three former Ambassadors (“I Really Love You”). The other Ebonys were David Beasley, James Tuten, and Clarence Vaughn. Also contained here is a torchy rendition of Average White Band’s “A Love of Your Own“.

You can also listen to their debut album in our back pages here.

Conversation for album: The Ebonys – 1976 – Sing About Life