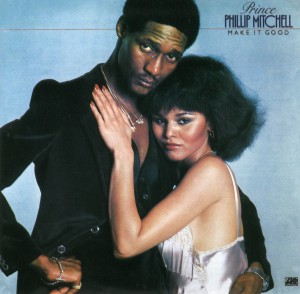 I’ve had this album (vinyl) for 30 years, wow. And I’ve always loved the A side. I read that “One on One“, was the first single and also the highest charting song from the album. However, I remember “You’re All I Got in the World” as being the first song I heard, and the best song on this side.

Now 30 years later I find this album (vinyl) in storage at my Mother’s and take it home to digitalize and listen to once again. I’d never listened to the B side before for whatever reason. So when I finally listened to it, it just blew me away. It’s just as tight as the A side. Starting with the first cut “You’ll Throw Bricks at Him“, an unusual title for a song. And when artists use unusual song titles most times the title is more creative than the song. But this is a very tight cut with a great hook, I love it. 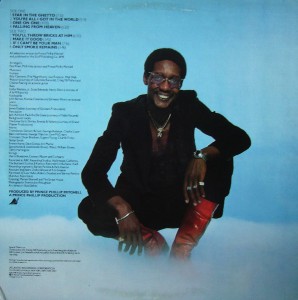 The second cut “Make it Good” is also the title of the album, and although it’s a very nice track, to me, its the weakest song on this side. But the next cut, “If I Can’t be Your Man“, wow, I absolutely love this song. It’s by far my favorite cut right now, off the whole album. Not so much the first half of the song which is a pretty basic mid-tempo dance track with a nice hook. But its the second half were he’s rapping to the woman about let me be your friend first, yeah right, and singing in the background, that just does something to me. I play this track over and over and it overcomes me with emotion, it is so beautiful. Especially when it crescendos into “if you let me let me let me let me be your friend“, Wow. The final cut, another unusual title for a song, “Only Smoke Remains“, but a very beautiful ballad that ends the album perfectly.

With me considering myself a 70’s soul music aficionado with probably a thousand albums (vinyl) in my collection, I don’t say this lightly, but this is one of my all time favorites. Although his name is Prince Phillip Mitchell, he is definitely a King on this album. Wow.

I never heard this album the first time around, when it was released on vinyl in 1978, but I recently bought a CD compilation put out by Kent/Ace titled “Something to Do: The Philip Mitchell Songbook“. This was a collection of other 1970s era recording artists – many of them very popular ones from the R&B world – performing songs that Mitchell wrote. There was even one track that he performed himself on that CD, which was an excellent collection and revealed that Mitchell was truly a classy, gifted songwriter.

I found a copy of “Make It Good” on CD at a shop in Kuala Lumpur a few months ago and decided to buy it, simply because that “Songbook” collection had impressed me so much. The first track on here, is the silky “Star in the Ghetto“, a tune that was also recorded by the Average White Band and Ben E. King. Mitchell stretches out his original version of this song to a delightful 7 minutes. Another the other highlights on this consistently good album are “Make It Good” and “Only Smoke Remains“, plus “One on One“, a song that definitely falls into the “should have been a massive hit” category. The CD also includes a “long single version” of that song as one of two bonus tracks that weren’t on the original album. The other bonus track, “What Part of Heaven Do You Come From?” was originally recorded for a Ray Barretto album.

After many years as a songwriter at Muscle Shoals, Mitchell finally got his chance at the “big time” by signing with Atlantic Records and recording this album, his solo debut. In addition to writing all the songs, Mitchell also produced the album arranged the songs, and played a bit of guitar. It must have been a huge disappointmet to see such a quality album not make a dent on the charts. It’s a cruel business, indeed.

The CD version of this 2007 reissue by Rhino UK (not the newer Japanese reissue) includes a booklet with an essay written by soul authority Charles Waring. It includes comments from Mitchell about his career and the recording of this neglected jewel of an album. Fans of 1970s soul and R&B should check this one out.