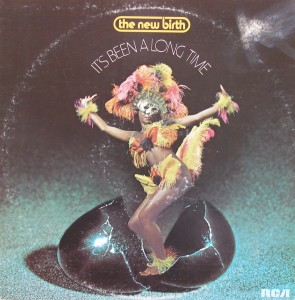 New Birth was a talented group that had hits under three different names – The Nite-Liters , Love, Peace & Happiness and New Birth, which was later billed as New Birth, Inc. Their history may be complicated but their music was not. They performed to-the-point Rhythm and Blues, featuring a strong mix of talented vocalists and instrumental prowess.

A perfect combination of funk and smooth soul. 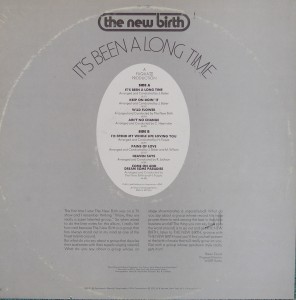 IT’S BEEN A LONG TIME, the fifth New Birth release, has been their biggest selling record to date. The title track, released in January 1974, climbed the R&B Charts where it remained in the Top 10 for 17 weeks. “It’s Been A Long Time” marked a change to the softer, more romantic stylings that have become a New Birth mainstay. The title track came to Melvin in a dream. One day on the band bus, Melvin awakened with a start and all of the lyrics poured out of him. In the studio, Leslie filled the song with waves of passion. Leslie explains, “I’m a church boy, so it’s my desire to give it everything I’ve got. Nothing compares to the feeling of singing for an audience, and if you can make them feel the emotion without touching them, it’s magic.” “It’s Leslie, once again, worked his vocal magic on the hit cover, “Wildflower”, which charted at #17 on the R&B chart and went Top 10 in England.. Leslie had originally discovered the song when a friend sang it on a bus ride from Cleveland. “When we went in to record it I got into that special mood,” Leslie explains. “I thought about what I wanted to tell the woman I’d spend the rest of my life with. Once you go caressing a song like that, all the feeling comes out.” Oddly enough, although “Wildflower” did not chart as well as their other songs, this love song has become one of New Birth’s most recognized hits Been A Long Time” has become THE quintessential R&B reunion song.

2
Under the guiding hand of Harvey Fuqua (former Moonglow, record label owner, and Motown producer/songwriter), the New Birth cut some of the ’70s’ grittiest and funkiest sides. Three male vocalists sang lead — Melvin and Leslie Wilson and Alan Frye — and were complemented by the atmospheric soprano of Londee Loren. Their rendition of Skylark’s “Wildflower” put them in demand on the concert circuit; people just had to see the group responsible for transforming a good pop song into a gutbucket, yet tender, emotionally charged drama. The male vocalists outdo themselves, and Loren’s skyscraping screams are delicately placed throughout. The other monster here, “It’s Been Such a Long Time,” captivates from the beginning with its heartbeat rhythm. The lead singing is Bobby Womack-influenced, but with a stark freshness and newness, and the interaction between the lead and the background near the refrains will have you bouncing. Other keepers are “Heaven Says” and the soul-dripping “Pains of Love,” while Londee gets a chance to solo on “I’d Spend My Whole Life Loving You.” New Birth hit their stride on this one.