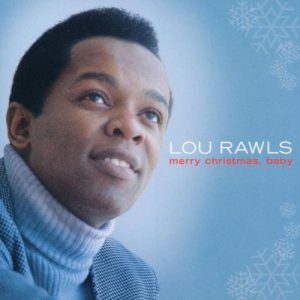 Of the major R&B stars of the 1960s and ’70s, Lou Rawls was the singer who seemed most comfortable slipping into the easy groove of Las Vegas-style lounge belting, which is no insult — Rawls had both the voice and the musical instincts to sing straight-ahead soul, jazz, or supper club blues and sound perfectly at home in either camp. As a consequence, Rawls could handle pop standards more comfortably than most of his peers, as this disc of Christmas material easily demonstrates. Merry Christmas, Babyfeatures all 11 tunes from Rawls‘ 1967 holiday album Merry Christmas Ho! Ho! Ho!, seven selections from 1993’s Christmas Is the Time, and two songs from his final recording session, and Rawls is clearly enjoying himself on all of this material. The 1967 sessions have a punchy, swinging sound that befits Rawls’ presence on the label that Frank Sinatra helped build, while the 1993 recordings possess a more easygoing smooth jazz feel (as well as a glossier production), and Rawls rocks the blues on his farewell recordings, sounding strong and confident to the last. Anyone looking to add a smooth but soulful touch to their Christmas celebration would do well to pick up this CD, which captures a great singer delivering the goods with style and aplomb; it’s the work of a gifted professional working at the top of his game on music he clearly enjoyed. 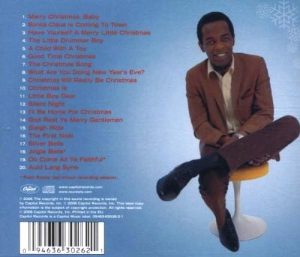 Merry Christmas, Baby features all 11 tunes from Rawls’ 1967 holiday album “Merry Christmas Ho! Ho!” Ho!, seven of the fifteen selections from 1993’s “Christmas Is the Time“, and two songs from his final recording session. Since the CD clocks in at just over 58 minutes, it makes one wonder why all fifteen tracks of “Christmas Is the Time” were not included. The fact that Lou Rawls made several Christmas recordings during his career, including his last known recording session, shows how much he liked that time of year and the music associated with Christmas. That joy is evident in his delivery of all of these songs.
The 1967 sessions have been repackaged and released in various forms over the years, but this time the sound was improved with digital remastering of most tracks in 2006. The 1967 sessions have Lou supported by a swinging brassy jazz big band with an excellent rhythm section.
The 1993 recordings, with their more polished production values and background vocal choir, have a more laid-back smooth jazz feel than the swinging rollicking 1967 sessions. The 1993 recordings focus on the more traditional and sacred Christmas music, while the 1967 sessions emphasize the secular and sentimental Christmas music.
For the two songs from the final session Lou is backed only by a rhythm section and he puts a rocking blues feel to the songs.
The closing number of the CD, from the 1993 session, is offered with no backing musicians – just that beautiful soulful voice.

Collectively we are blessed with the outstanding vocals of a man who always delivered quality performances in many settings.