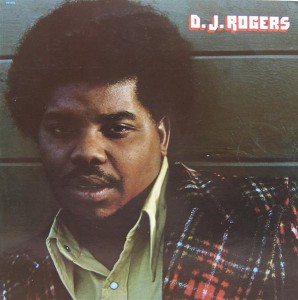 If you love Luther Vandross, then you will simply adore Mr. D.J. Rogers, as Luther, D.J. Rogers is also a tenor, with an smooth incredible range. D.J. Rogers balladry, simply put must heard, it reaches the heart and kidney. D.J. Rogers has been truly blessed by the True God to sing. This guy never had the air play he deserved.

It’s hard to understand why the very first album of gospel-inflected soul singer, songwriter and keyboardist D.J. Rogers, a kind of forgotten Sly Stone brother, hasn’t be reissued yet. The album was released on the Shelter label in 1973, but the project failed, mostly due to the label’s withdrawal of funds to the group who was trying to promote the record with shows in their Los Angeles hometown and around. From what I understand Shelter had been dropped by its distributor Capitol/EMI to find a deal only the next year with MCA Records… This was just not the right time, right place. Anyway Capitol bought the Shelter catalogue in 1993, so there’s still hope for this forgotten soul classic to see the light of day again!

This is a @320 vinyl rip of the original Shelter Records LP including covers. 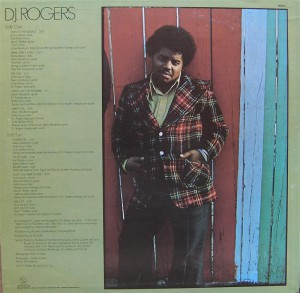 This early release from D.J. Rogers is one of his best. Cut for the Shelter label in 1973, before Rogers gained some exposure on RCA and Columbia, the eponymous album features plenty of the gospel-inflected soul the singer/producer/arranger would become known for. In fact, the bulk here is squarely bent on the kind of community-driven positivism found in the black church (“March On,” “Where There’s a Will”). And the music certainly reflects the lofty sentiments, as strings, choral singing, and urbane soul grooves ensure a truly inspired mix; this blend is especially well essayed on the extended, heaven-bound travelogue “Don’t You Want to Ride.”

Never released on CD and i can not find any vinyl available for sell.

You can also listen his 1976 “On The Road again” album here which voted in the best 100 Soul Albums of all time by Mojo Magazine.