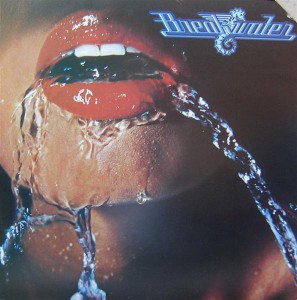 A landmark set from a group who only ever gave the world two albums but who’ve gone on to have a huge influence over the years! This initial offering from Breakwater is a masterful blend of jazzy fusion and mellower soul a sound sifted together so perfectly, it really tops the rest of the combo’s contemporaries hitting a careful balance that never gets too cheesy or commercial, and which still manages to glow as strongly into the 21st century as it did when first released back in the day! The sound here is sublime warm, but never sleepy jazzy, but never cliched and mixed in such a way that the vocals and instruments almost get center stage in the spotlight without trying to crowd one another out. Titles include the incredible “Work it Out” – worth the price of the record alone.

This is a @320 vinyl rip of my original Arista record with covers. 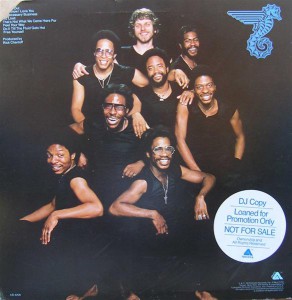 This is one of those late ‘70s funk albums you’d always root around for, in the vain hope that some naïve seller didn’t know what they were sitting on. This debut by Breakwater is one of the most soulful, slick, inspiring and downright funky albums you could ask for. From the calypsoesque funk classic “Work It Out” right through to the lush soulful beauty of “That’s Not What We Came Here For”, this album is a pure joy to listen to.

In 1978, at the peak of R&B club music and analog recording in general, two promising Funk outfits (complete with brass sections) released their debut albums; one was Free Life, the other, Breakwater. While the former band would sadly disappear after their first album, Breakwater would at least release two, albeit two solid albums. Breakwater’s debut album is a satisfying Funk album, full of fresh ideas, funky beats and great arrangements. It was a year full of good releases, still, this LP stuck out. If I’d still recommend one tune, it’s the instrumental Feel Your Way, a great dance track with Calypso innuendos. So, all you Funk lovers, go ahead and grab this one.

3
This album is a rare treasure that gets sorely overlooked. I read about the group and decided to explore them. I found this album in a used LP shop, and man, was I blown away. Nice vocals, and an extremely tight instrumental base make his album a must have. The groove is tight, and never to aggressive. The album has a steady flow… it brings to mind jazzy soul like Maze or Patrice Rushen. This album is throughly enjoyable.

4
Having been a major funkateer (Parliament/Funkadelic, Bootsy, etc.,) and huge fan of R&B’s best like Earth, Wind and Fire, I couldn’t imagine a sound that could possibly eclipse what those bands were producing in the 70’s. I was 18 years old when I first heard Breakwater on WDAS-FM in Philly, and to this day, I don’t believe I’ve heard a sweeter blend of funk, jazz fusion and R&B….what nags at me is what happened to them? They were, in my opinion, the heir to the throne long held by EW&F! –