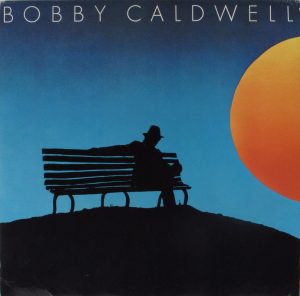 Bobby Caldwell is one of only a handful of white vocalists (Van Morrison and Simply Red’s Mick Hucknall, to name a couple more) who legitimately transcended the blue-eyed soul tag. Caldwell’s genuine mix of R&B and jazz signatures as well as his bittersweet yet buttery vocal tones conjure up images of a smoothed-out version of Chet Baker. On this, his breakthrough album, the native New Yorker scored a hit with the timeless “What You Won’t Do for Love” and also polished off another near-classic on “My Flame“.

While a few of the compositions echo the dying grip of disco and some of Caldwell’s vocal arrangements sound more like a hipper version of Tony Bennett (“Can’t Say Goodbye“), the crooner does possess the pipes to carry the offering. Caldwell even tries his hand at the experimental on the short but sweet instrumental “Kalimba Song“. Time will likely render much of Bobby Caldwell disposable, but at the album’s best, the songs do carry a singular sound and contain the power to place themselves in a time period, which may just be good enough for lovers. The cut “What You Won’t Do for Love” will always stack up, as even hip-hop producers saw fit to sample the horn riff and bass track a number of times (listen to 2Pac’s “Do for Love,” for one). 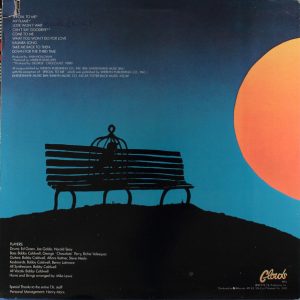 As it turns out? Bobby Caldwell here is an artist who first came to my attention in a music matching online search I was doing. And it’s been largely via the web that I’ve been exposed to his music thus far. During the last several years? The albums from his prime period in the late 70’s and early 80’s have become more and more scarce to come by. Luckily earlier this year? I managed to locate a used copy here at an inexpensive price. And this was the album that I most wanted to hear from him because it’s his first,and contained the song most associated with him. All told,no disappoints at all!

“Special To Me” and the faster, jazzier guitar oriented “Love Won’t Wait” are both Philly style uptempo dance numbers that are orchestrated with sweeping disco strings and percussion. “My Flame” is a gentle mid tempo ballad while “Can’t Say Goodbye” has a stronger funk stomp about it with Caldwell’s powerful vocal croon heavily reverbed for the occasion. “Come To Me” is a melodic piano ballad in a Stevie Wonder/Elton John vein whereas the title song,his signature song is as great example of slower jazz/funk/pop as I’ve ever heard. “Kalimba Song” is a gurgling bass and…kalimba driven funk instrumental whereas the West Coast friendly pop/soul ballad of “Take Me Back To Then” and the liquid jazz/pop of “Down For The Third Time” round off the album.

From what I’ve been hearing listening to this album a few times already? It is likely going to end up among my very favorites. A crack multi instrumentalist,singer and songwriter? Caldwell excels at being able to balance his talents as a rhythm king and song constructivist in a very appealing way. Musically he picks up on some of the most vital soulful oriented sounds being innovated at the time.

Everything from uptown disco/soul to heavy Afrocentric funk-especially with his use of Kalimba which outside Earth Wind & Fire’s Maurice White was not at all common at the time. The entire album just has a unique instrumental sound and is matched to a talented and passionate vocalist who is still happily makng wonderful music to this very day.