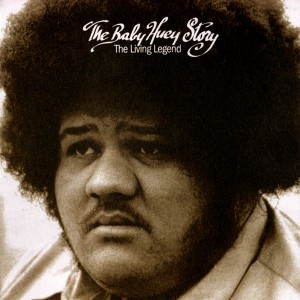 With a psychedelic brand of soul and a vocal style that drew comparisons to Otis Redding, the 300-400 pound Baby Huey was set to break out of the Chicago scene with the release of his debut album. Unfortunately, his weight and taste for drugs resulted in a fatal heart attack that prevented him from seeing the release of the disc. Featuring Curtis Mayfield’s Hard Times and Mighty Mighty Children plus a cover of Sam Cooke’s A Change Is Gonna Come,Baby Huey’s lone album (recorded in 1970 and released in 1971) has become a sought-after collectible among soul fanatics. 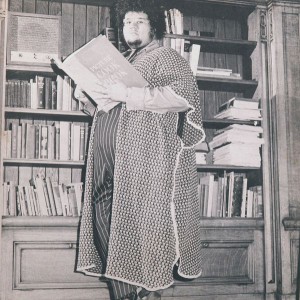 Huey, a Chicago native, was a protege of Curtis Mayfield (who produced this album and released it via his Curtom imprint) and somewhat of an eccentric. He was 400 pounds, had a huge afro, a King Tut beard and dressed flamboyantly. The picture on the back of this album is priceless : him in a pinstripe suit with a huge ankle length robe over it standing reading a cookbook. He recorded a handful of singles and died of a heart attack aged 26 before this album came out in 1970

He took his cues from Chicago groups like The Impressions (the group Curtis Mayfield fronted before going solo), Mayfield himself, the psychedelic blues albums by Muddy Waters and Howlin’ Wolf released on legendary Chicago label Chess Records in the late 60’s and then mixed them with some raw, ballsy Stax soul via Booker T & The M.G’s melting pot to create something that only Mayfield, Issac Hayes, James Brown, Funkadelic and Sly Stone managed to better. 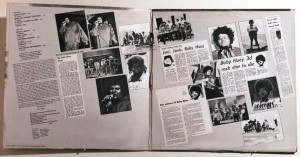 You have the driving, gritty soul of “listen to me” & “hard times“, the funked-up psychedelic blues of “mighty mighty” & “runnin‘” (which Mayfield wrote and later recorded but the Huey original is the definitive version), instrumental jams like “mama get yourself together” & “one dragon, two dragon” and, finally, you have what have to be two of the greatest cover versions ever recorded : his funked up version of “California dreamin‘” and his staggering 9 minute + version of Sam Cooke’s “a change is gonna come” which has to be heard to be believed.

Rap fiends should definitely check this album as it’s been sampled to death over the years and “listen to me” was a party favorite back in the days of Bronx block parties in the 70’s. If you’re a fan of blues or Hendrix and would like to start investigating soul/funk but find James Brown too dancefloor friendly or Marvin Gaye too polished then this would a good starter along with the first 3 Curtis Mayfield studio albums (By Ferguson, Amazon).

Conversation for album: The Baby Huey Story – 1971 – The Living Legend