Rip, research and review by Bac

If you expects to listen 10 replics of “The Snake” in this album, you’re wrong. If you expects a mix of Al Green and Jackie Wilson, you’re wrong too.Al Wilson is more than that. In fact, his debut album has much personality and is very far away from the paths commonly trodden by a lot of other artists.

Much more important is the fact that “The Snake” is a rara avis in the entire LP, maybe because the other songs of the record are much more interesting. Of course, “ The Snake” is a masterpiece danced in countless and endless allnighters, but it’s no more than an effective up-tempo, limited in structure and content. 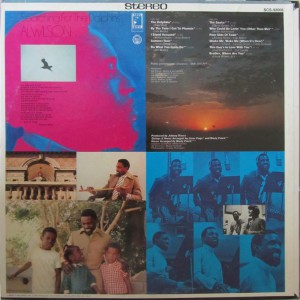 Wilson is away from the easy recipe and he works in more dangerous territory. Luckily though, the result is brilliant. Brillant and happy. The Al Wilson songs flow leisurely, with the certainly of the one that knows he’s doing a good job.

“By The Time I Get To Phoenix” is exciting. This is a happy meeting between Terry Callier and Scott Walker ; the beginning is better than the Jimmy Webb original, placing Wilson in front of Isaac Hayes singing this song (it’s the same in “I Stand Accused”, -sorry Hayes, this time you have a tough opponent) Wilson is shinnes especially when he creates a dialogue amoung the flute, the acustic guitar or the piano. It is in these moments when we can perceive the authentic artist, with spectacular strings arrangements (“The Dolphins” or “This Guy’s In Love With You” are good examples).“Brother, Where are you” is a song similar to “The Snake”, but much better for me ; it’s probably less danceable, but richer in details and nuances.

Make no mistake, It’s in the contents and the delayed pace that Al Wilson proves his strength, rather than in the tempo or the volume. This strength is much more difficult to get in this way, but if you succeed it’s very pleasant and enjoyable.

Buy it, wrap it and give it to someone you love. Life is also made of these little moments. 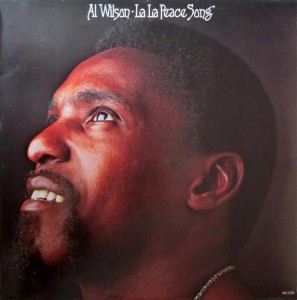 A mix of southern soul and smooth 70s pop soul from Al Wilson – one of a few great LPs from Al in the early-to-mid 70s! Most of the tracks are arranged by HB Barnum, save for a few that were arranged by Jerry Long and produced by Steve Cropper. Johnny Bristol handled the title cut “La La Peace Song”, which is a killer little groover that has that sweet smooth feel that you’d hear in some of Johnny’s own work from the time. Nice, nice stuff! 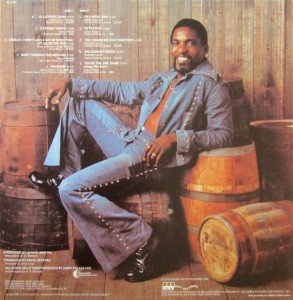 Six years passed after Al Wilson’s remarkable first album; six years characterized by moments of silence, big successes like “Show and Tell” and other brilliant song. A lot things happened but nothing change in the way he makes us feel the true soul music flowing through our veins.

The sound of the record changed, of course, in parallel with the evolution of the soul sound of this time; it used some funk guitars, wurlitzer pianos, and percussions, while the mix and stereo balance became this time less audacious than in Searching for the Dolphins. Backing vocals have an important role in almost every song of the album; they perfectly fit Wilson’s voice and emphasize it with powerful answers as in the best gospel tradition (“The Longer We Stay Together”, “Willoughby Brook” and “You’re the One You Think” are good examples).

“Passport” is a song that could be a perfect companion for beautiful girls and John Shaft’s. It could be the right soundtrack to a Blaxploitation film with its spectacular wah wah guitars and latin percussions. Another masterpiece that deserves to be better know is the song “Fifty-Fifty” whose the melody hooks you up to the point where you can’t stop humming it.

The Song “La La Peace Song” perfectly summarizes the whole message of the record, a message of peace and search for happiness, something that we have always needed, generation after generation. All I can say is, in these moments of global convulsion, we need more Al Wilson in our lives!