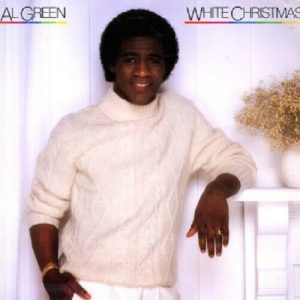 Pure, loving, and honest. Those words describe the spirit of this holiday–and the voice of this soul music giant. Al Green, who became an ordained minister many years ago, could be expected to put his all into songs of praise such as “O Holy Night” and “Silent Night” .

On this collection, however, he gives equal time to more modern holiday favorites, lingering languidly over the melodies of numbers such as “I’ll Be Home for Christmas” and “Winter Wonderland“. The sounds are sweeter than the candy canes. 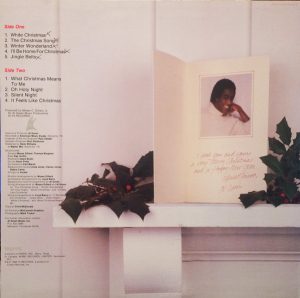 Although seasonal albums can be ponderous affairs, Rev. Al Green made sure that wasn’t the case on this mid-’80s work. He attacked traditional carols, hymns, and holiday material with the same devotion as he did soul anthems and gospel classics. Even if you’re not a fan of holiday albums (and I for one am not), this deserves high praises.

You’d think this would be a match made in heaven – the joy of Christmas mated with the ecstatic soul of AL GREEN. Instead, this is a tepid, disco-tinged affair of dubious merit. This is not surprising, perhaps, since the record was cut several years after Green’s creative peak on Memphis-based Hi Records in the early 70’s, when he cut such soul classics as “Let’s Stay Together” and “You Ought To Be With Me.” Most crucially, Green waxed his Christmas album sans the spark and percolating arrangements formerly provided by bandleader and svengali Willie Mitchell. You see, listening to Al Green without Mitchell’s support and inspiration is like watching Mario Andretti behind the wheel of a Toyota Corolla – he can only go so fast and so far. Still, Rev. Green is full of fire on at least a few cuts, making this worth the effort for serious soul buffs and committed Christmas fanatics – and I qualify on both counts.

Now, let’s be clear – Al Green has recorded only one Christmas album, and all the albums listed below – and many more online – contain roughly the same music. Over the years, Green’s original 1983 recordings have been reissued numerous times by numerous labels in almost as many configurations.

The album was originally released by gospel label Word Records in 1983 as White Christmas on white vinyl with an all-white cover! In 1986, Word reissued White Christmas on CD through Sony with a conventional new cover, then it was reissued in England as The Christmas Album about ten years later.